Saint Helena Church is a community that began in 1930 with the Franciscan Friars and is currently under the leadership of diocesan priests. Our community has flourished due to its welcoming of all Christians who want to become members, united as one family, in one Body of Christ.

Saint Helena has been formed by a bilingual community, mainly English and Spanish as a second language; however, there are many other languages that families use at home to communicate among themselves. Some of these are: Vietnamese, Philippine languages, Cantonese, German, Polish, and French. What is yours?

The variety of languages is a manifestation of the Catholicism of the Church in our community. This calls each of us to carry out our mission to minister to the needs of the parish community through evangelization, service, and education; living The Gospel as did Saint Helena and Saint Francis.

From cradle Catholics to previously inactive Catholics to new converts finding their way home. St. Helena Catholic Church continues to offer education and enrichment through its faith programs. St. Helena Catholic School, also located on the church grounds, has a distinguished reputation in the community for educating students from a variety of denominations with a Catholic based-education, from kindergarten up to fifth grade, and producing students who consistently rank at the top of their classes.

Called to be Saints

Like Saint Helena and Saint Francis we are called to follow Christ. We are called to be saints. By participating in the sacramental life offered at Saint Helena Church, we too can grow in holiness. We can become who God created us to be. As Catholics we are invited to participate regularly in the sacramental life. Be nourished by partaking of the Holy Eucharist, be healed through Reconciliation, and receive grace through the other sacraments. 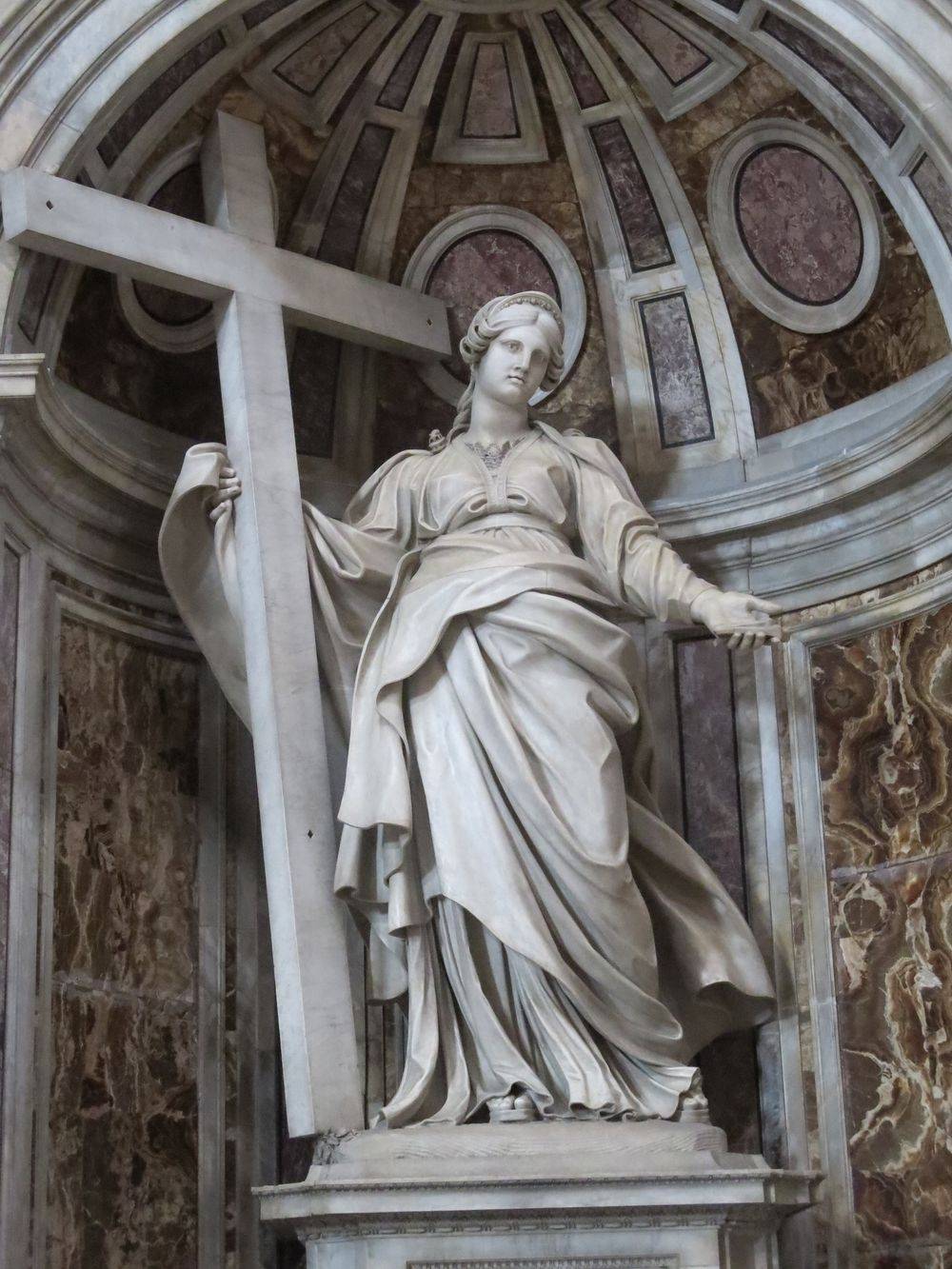 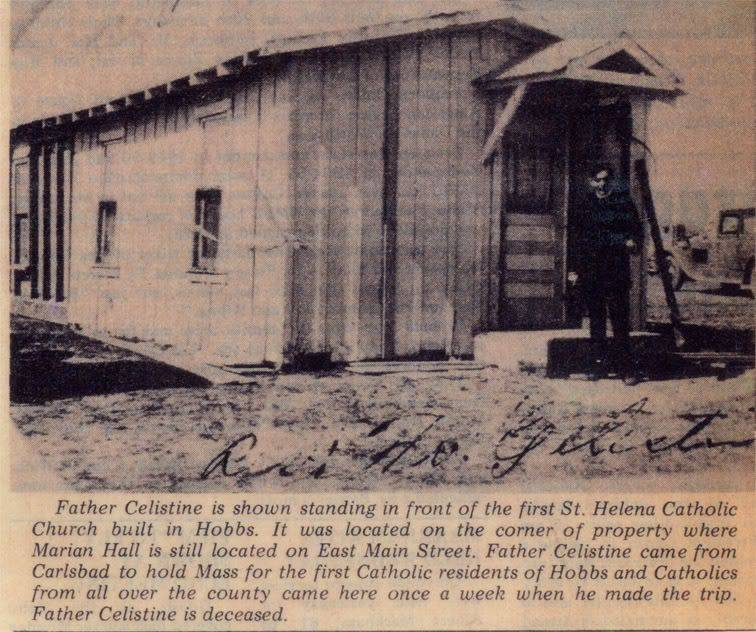 Saint Helena Catholic Church is an epicenter of faith, family and fellowship with a proactive history of ministering to the Hobbs area throughout it’s more than 80 years of community-serving history. For more than three quarters of a century, the church continues to grow as does the diversity of its parish membership and ministries.

It all began in July of 1930, when a Franciscan priest, Fr. Celestine of St. Edward Parish in Carlsbad, first celebrated Mass for 23 people in a tin shack on 300 North McKinley in Hobbs. Soon, the emerging church outgrew the shack and began using a night club, the Rainbow Room, as a church. Then dedicated parishioners, including Mr. and Mrs. J.N. Dunlavey, the late Mr. and Mrs. P.H Golden, and the late Judge Thomas Whelan and Mrs. Whelan, collected money to buy land and build a church named Saint Helena in honor of the mother of Mr. Golden. The church was dedicated in 1936.

More than three quarters of a century later, Saint Helena Catholic Church, with its humble yet colorful beginnings, has grown from a couple of dozen members to a membership of approximately 1,380 people in its now prominent and permanent home on West Bender Street. The church has seen rapid growth in recent years as the microplex of Hobbs continues to boom. St. Helena’s boasts a vibrant and increasingly diverse body of parishioners representing the multicultural population growth in Lea County.

Approximately 60 percent of the church’s 800 registered families are of Mexican-American heritage with a mixed population of some Asian Americans and other ethnicities also represented. With its combined multi-generational and multi-cultural history of spiritual and community outreach, this parish growth is visible on both its outside and inside.

The construction of a new Bob Moran Parish Center was completed in 2001 to facilitate the ever-popular annual Family Fair, which draws thousands of interdenominational fair goers from throughout the community, to St. Helena’s. The parish center is also used to host popular events such as a recent Bible Timeline Series, along with activities offered through growing parish ministries such as the Movimiento Familiar Cristiano Catolico.

As a proud namesake of Saint Helena, the empress mother of Constantine the Great, St. Helena Church honors and seeks to carry out the works of this saint who is believed to have discovered the true cross of Jesus.

About our Patron Saint, Saint Helena

Saint Helena some say, was the daughter of Coel, a British king friendly with the Romans who occupied Britain. She married Constantius, a Roman officer and became the mother of Constantine, who became Emperor of Rome.

Neither she nor her husband were Christians. He was given the title of Caesar, becoming ruler over Gaul and Britain but he had to divorce Helena and marry Theodora, the daughter-in-law of the Emperor Maximian.

Helena and Constantius' son Constantine, steadily rose in the ranks of the Roman military-political world, ultimately engaging in battle for the the Emire with Maximian's son Maxentius. Constatine's army, a dispirited and demoralized band of tired soldiers, were called to fight Maxentius' better equipped army. On the evening before the battle, Constantine had a vision of a cross in the sky over the Tiber river with the legend: In Hoc Signo Vinces (In this sign, you shall conquer). As the news of this vision spread through the ranks of Constantine's army; they rallied and defeated the army of Maxentius.

Because the vision of the cross brought victory, Constantine now the Emperor, became a Christian, converted his army and, ultimately, his entire empire. About this time, St. Helena was in her sixties, and avidly supported the Christian cause as she took on the role of "Augusta" or First Lady of the Empire.

As a zealous convert she engaged in many charitable works. Notably among soldiers, prisoners and the poor - especially as she traveled throughout Palestine and the Holy Land. Her son's vision and victory, led her to search out the life of Christ (at Bethlehem, the Mount of Olives, Calvary) and to have magnificent churches built as memorials. St. Ambrose attributes the finding of the True Cross, the nails and other relics of the life of Christ to St. Helena's zeal for Christianity. She truly deserves the title: Saint of the Holy Land